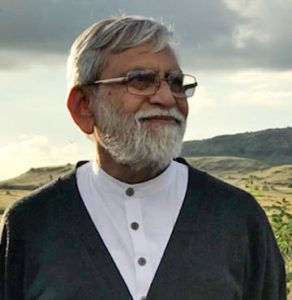 Shri A. N. Kadam presently leads all the institutions under the aegis of Mahatma Gandhi Mission, as a Secretary. He is one of the founder members of MGM trust and is deeply committed to empower the society through Education. Today, the Trust stands as one of the leading educational & social organization in the country with 65 constituent institutions working in its spectrum, across 5 campuses and spread over more than 100 acres. Shri A.N Kadam is a founder member of Board of Management, MGM University of Health Sciences Navi Mumbai. He is a Chief Editor & Director of Lokpatra, Regional Newspaper.

It was all possible because of his vision as he had an energetic belief in the ideology of Mahatma Gandhi where Gandhi is not merely in the name of the institution but significantly it lies in each and every facet of the Trust. “It’s not a man that makes the vision, it’s the vision that makes the man,” hence he gave all of his efforts from the crown to the sole to make this Trust an all-rounder institution by considering not just the technical education but also non-technical and artistic courses for students having a passionate perspective for their careers. He is a great leader and a mentor for us not just because of his power but also because of his ability to empower others. Because of his efforts & keen interest, Mahatma Gandhi Mission has reached the present heights in the arena of Education, Service and Research.
Being a pioneering vision for imparting qualitative education it triggered off with a chain of Schools, Engineering, Architecture, Medical, Nursing, Management, Computer Science, IT, Bioinformatics and Biotechnology. The Trust had made an astounding evolution under the leadership of Shri A. N Kadam, a man with cohesive and determined vision who kept on working for more change even after achieving guerdons of success in all the departments adhering the Gandhian thought, “We must be the change we wish to see.”

Professor Dr.Sudhir Gavhane is one of the highly experienced and efficient acclaimed academicians with post graduate degree in Journalism as well as Master’s degree in Economics. His Doctoral Degree is in the area of interdisciplinary Research of Media Economics in general and Monopoly, Duopoly & Oligopoly Newspaper Economics in particular.

As the proactive and passionate academic leader with missionary zeal he has made imprints in the field of higher education by note-worthy and meaningful contribution in the capacity of Dean , Director , Chairperson, Campus Development Committee, Professor and Head of university level Department of Mass Communication & Journalism , Member Management Council and Senate , Academic Council , UGC appointed Educational Advisor , Research and Recognition Committees, Expert Member of School Councils and many more academic engagements.
He is associated with more than 50 universities in India in various capacities and very strong network of National-International academics. He possesses three & half decade’s university level vast experience as the change maker academician and academic leader. 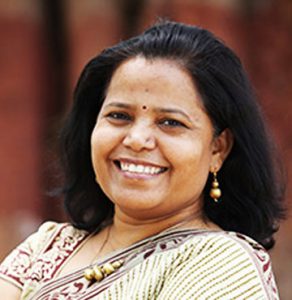 Dr. Rekha Shelke a business focused professional has a wide experience in Academia, Consulting and Marketing with an experience of twenty years. She has started her journalistic career as an Assistant Editor & Advertising Manager in daily Lokpatra (Aurangabad).

She was invited to start up the College of Journalism and Mass Communication. So does the journey of an institute that aims to offer young inspiring media professionals an interdisciplinary and dynamic milieu begun where they perceive a platform for developing comprehensive and critical awareness of diverse communication and media environments. CJMC had a vision of promoting strong and independent free press through its faculty and curriculum with fundamental journalistic values of accuracy, accountability and fairness where the institute had gained preeminent progress and is working more to enhance a perfect atmosphere for budding Media aspirants.
As a prolific writer in Marathi magazines and newspapers, she regularly writes on contemporary topics. Academically she has presented more than half a dozen papers at various International and National Conferences & Research Journals. She has also participated in various All India Radio & Doordarshan Programs. Further her specialization includes Media Management, Event Management and Public Relations. 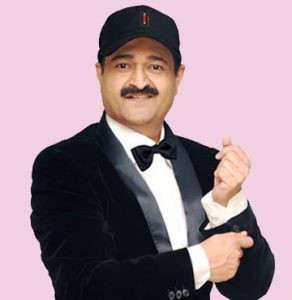 The nature incites you to pick up a camera and capture the beauty. It exquisitely mesmerizes you so that you can mesmerize those who haven’t witnessed it. This is the inspiration of Baiju Patil as he quotes from the legend Gerardo Suter, “I didn’t choose photography, but photography chose me.” His experiments with Wildlife and Nature Photography have earned him scores of laurels at a young age and his consistent dedication will definitely find new avenues. He has worked on various aspects of Photography and mastered the art.

Baiju is a legend while relating to wildlife, conservation of biodiversity and natures manifestations of various forms of wildlife. He belongs essentially to a tribe which strives passionately to lead a different life. From almost three decades he has spent his time & energy in exploring the mysteries of forest, captivating ambience of the forests and the company of ferocious animals and soft singing birds. It is a tribute to his outstanding ability to bring out the best in the wildlife using his camera. As a photographer his entire application has been towards sharpening the effects on all objects which are the focus of the photography.

Baiju probably is the only photographer with multidimensional proficiency in Industrial Photography, Product Photography, Portrait Photography, but Nature Photography remains his passion. One salutes his conviction that sustained a campaign through photographs for the protection of wildlife which would in turn ensure protection of environment and sustainable use of natural resources. He therefore, becomes a champion of the cause for making our country safe and healthy for future generations.