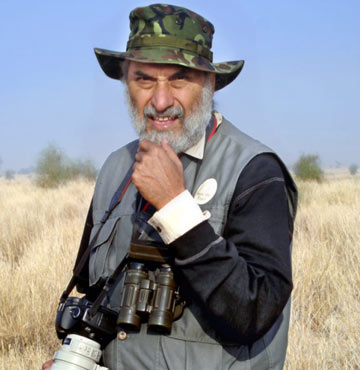 Rajesh Bedi began his photographic career in the 1960s, a time when the Indian wilderness was in a poor state, having been ravaged by generations of shikaris, poachers, land developers and pot-hunters. This was a time when wildlife was extremely shy and reclusive, for to be discovered by man usually meant a blast of hot lead. Neither bird nor beast had the confidence of today’s tourist-zone animals, which have learnt to tolerate the jeeps and the people they carry, with their clicking cameras and excited chatter.

It was during these days that Rajesh Bedi walked the wilderness in search of his award winning photographs. Images that have introduced millions to the private lives of India’s magnificent wildlife and have done much to further their conservation. His encounters with nature resulted in two visually stunning books, ‘Indian Wildlife’ and the much acclaimed ‘India’s Wild Wonders’.